The One Note Stand Says Goodbye to The Class of 2015

It's Not Goodbye, it's "See You Later"

The One Note Stand offered best wishes to the class of 2015 as they graduated in May. Members Jordan Reece (tenor), Bronwyn Stokes (alto), Megan Defibaugh (soprano), Kalynn Blakely (tenor), and Rob Solka (tenor) walked the stage on May 9th and are off in the real world now, doing all sorts of grown up things. We will miss them dearly, but we know they'll come and visit! Lots of aca-love to the graduating class of 2015! 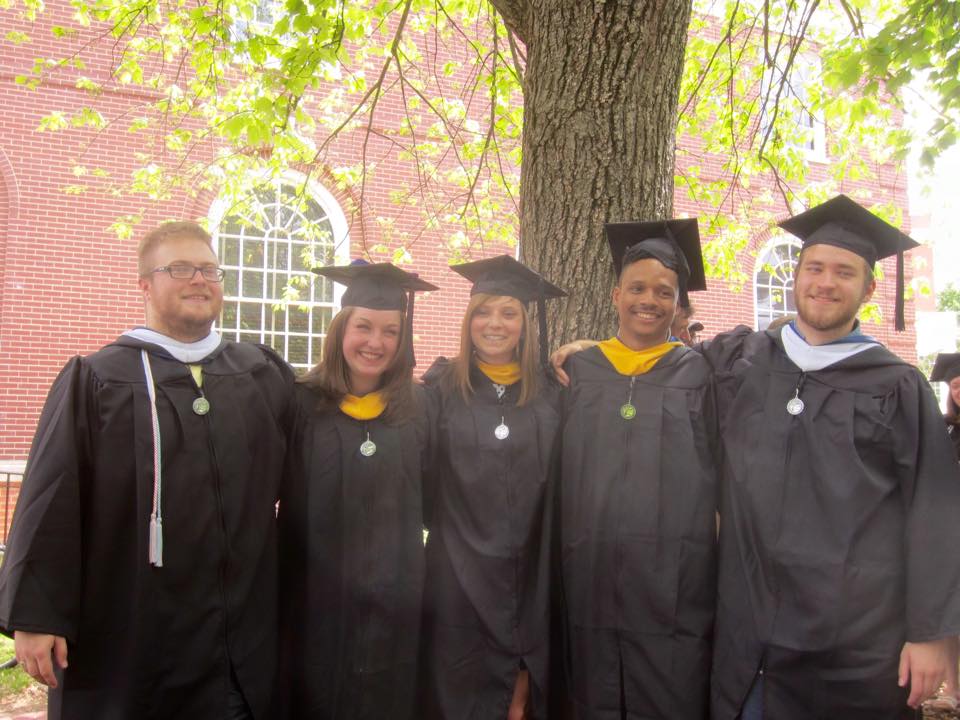 To One Note friends, family, and everyone in between,

It is with great pleasure, excitement, and honor that I make the forthcoming announcement. As a group (& in conjunction with others like Crew, SGA, ARH, and Class Council), we have been fundraising for the Bob Ericson Memorial Scholarship. We were given five years to reach the goal of $25,000.

However, it’s official: just after April 18th, the one-year anniversary of Bob Ericson’s passing, we would like to announce that we have successfully fundraised the necessary money in order to establish a memorial scholarship in his name. We will continue to accept donations over the course of the next year while the fund accrues interest.

When we decided to pursue this scholarship, none of us had any idea what a journey it would be. $25,000 was such a daunting prospect that, at times, it seemed impossible. At least improbable. But with the help of many people—the list is far too long to note here, but you know who you are—we rallied donations, pulled together fundraisers, concerts, and got it done.

On behalf of One Note, I thank each and every one of you who were a part of honoring Bob. I thank everyone who ever pinned a blue bow to their shirt; everyone who donated or supported; everyone who never met him, but feels like they did. I thank the Ericson family and Bob’s close friends for their eternal support. I especially thank the future students who will be recipients of the scholarship, for they do not know how much their hard work means to those of us who cared about Bob.